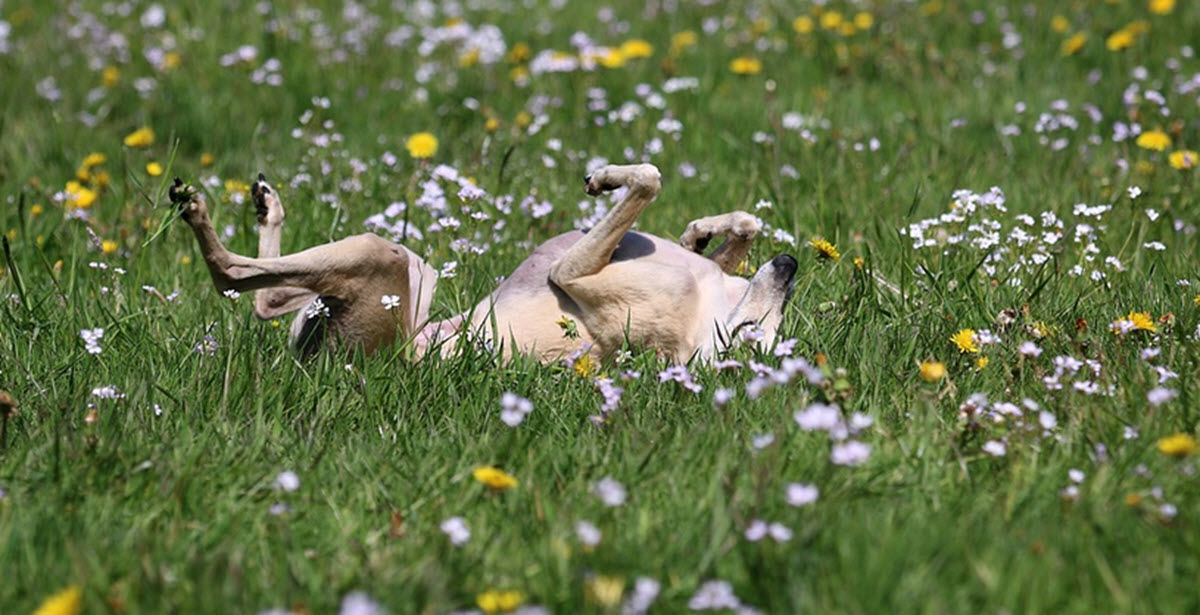 The greyhound belongs to the sighthound group. Just like the other sighthound breeds, it has a slender body and is adapted for running very fast. Sighthounds are also known for their excellent eyesight. Traditionally, sighthounds were used as hunting dogs in open landscapes. An alternative name for sighthound is gazehound.

Humans have hunted with sighthounds for thousands of years, and dogs with the typical sighthound body type can be seen on Egyptian paintings created over 4,000 years ago. We know that the Assyrians had sighthounds. Later on, the Greeks and the Romans also hunted with this type of dog.

Although the greyhound is chiefly associated with racing on oval racetracks, greyhounds and other sighthounds can also perform well in the contest type known as lure coursing.

During lure coursing, the dogs aren´t running on a track with clear start and finnish points. Instead, they are in an open field, trying to catch a prey animal. Nowadays, the prey animal has been replaced with a mechanical animal in many parts of the world. The animal – real or mechanic – will not move linearly like the mechanical hare on a race track. Instead, it will move in an erratic fashion, the way a hare moves when trying to get away from predators in an open field. During lure coursing, the competing dogs must be able to handle a prey that is making quick turns, changes direction, zig-zags, etcetera.

The judges will award the dog points in different categories, such as speed, agility, enthusiasm, and endurance. The exact rules vary between different contents and parts of the world.

In obedience trials, the dog must execute a predefined set of tasks when directed to do so by its human handler. Sighthounds were traditionally not bred for this type of work – they were bred to act with a high degree of independence while chasing prey out in the open field, because a sighthound that would stop to await instructions from its human would not be very successful. During traditional hunting with sighthounds, the dog was sent out to locate a prey animal, follow it, catch it, kill it, and bring it back to the humans without receiving any instructions during the process.

Because of this, we rarely see greyhounds or other sighthounds winning the most prestigious obedience contests. This doesn´t mean that it is impossible to make a greyhound understand and obey commands; just that their independent nature must be taken into account when you train them. Training a greyhound to perform in obedience trials will be different from training a German Shepherd.